As New York says au revoir to sister number two and her now grizzled tough guy husband (both a Yankee supporter and a bull-riding pro) it is worth saying that the Big Apple will miss them.  If this picture didn’t have the pretty face it would basically be a picture of a bridge.

And if this bull didn’t have a grizzled bull-rider on it, it would just be a bull. 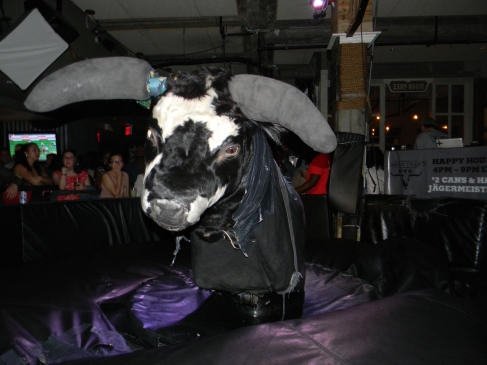 Anyway, while a fond farewell is wished upon these weary travellers it is time to review their legacy for those that have a care to follow their route to the New World.

I mean what they ate in the last few days of course.

We shall start with what they thought they were going to eat at http://www.johnnyutahs.com/ the hostelry with the mechanical bull that needs milking after every five riders.

http://www.timeout.com/ was sold to me by a previous traveller as a good way to save money as they send cheap deals to your email account every so often. They neglected to say that you save money because the deal usually turns out to be crap. In the case of Johnny ‘Uvebinhad’ that was certainly the case.

That’s it. The side plate was cracking under the weight of the tomato ketchup while the burger presumably shrank in fear at the thought of being drowned in it. No chips, nothing else. Enough food for a gnat on a cabbage diet.

The bull ride was free to anyone who cared to sign away their human rights should the repair man make a serious lapse of judgement.

The message is hopefully clear to future explorers of this concrete jungle, fair enough go and ride the bull and have a drink. But don’t waste your money on the food.

Thankfully the food handed over at http://www.theatrerowdiner.com/ for $20 recovered New York’s reputation as the home of great chow. 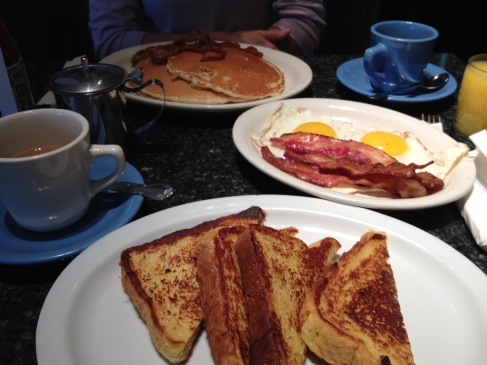 And the crispy duck dish and ginger chicken at Q2 Thai on 9th and 53rd was exceptional enough to soften my anger at Johnny UMustBeJokin and meant this review would be less insulting than originally intended.

It certainly prompted celebrations from some 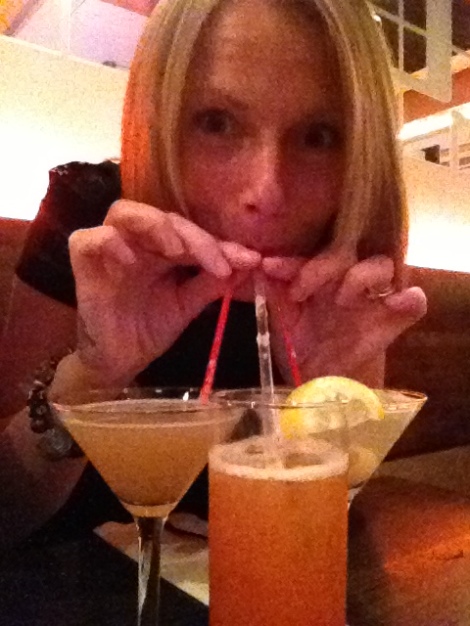 While others just wouldn’t let the ball drop 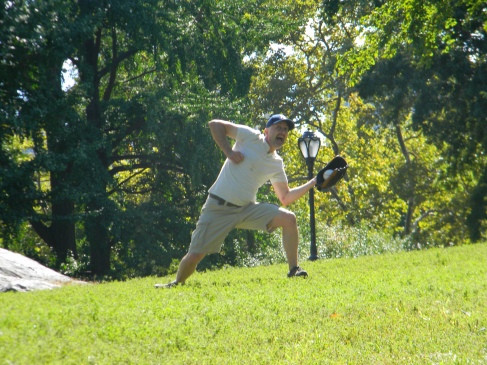 Anyway – I fear we must accept that New York is one of those places where things are usually pretty great, but every now and again it is going to pick you up and then throw you down.

She wasn’t going to show you the picture so I guess I had to!

One thought on “A Big Load of Bull”